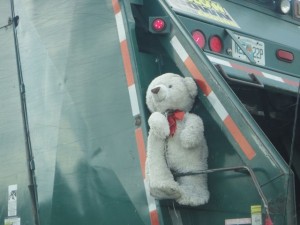 On The Garbage Truck Next To Us 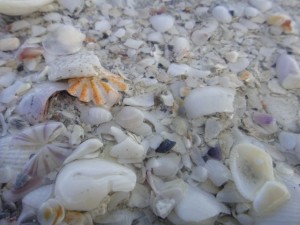 4 replies on “God Surrounds Us”

Nice. Can you tell me the significance of the bear? I see him in pics you take all over the world.

The bear in the picture above is not the same “traveling bear” in my pics and trips.

Jack the bear was a gift to our son because the bear’s name is “Jack”. It says so on the Fischer Price collar he came with.

I get to travel with the one that has two torn (Carter) ears.

It’s just a small tradition to help Chapin understand even when we’re far apart, we’re still really side by side.

That’s awesome and a great way to honor your dad.

We do what we can to create a trail so if something ever happens, he’ll have some things that he can understand how much he’s loved.

The generation I grew up in, left a fair amount of room for assumptions. We all know the saying about assumptions.