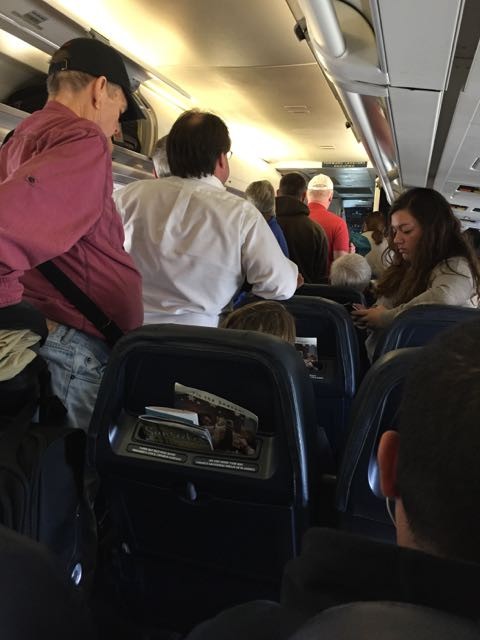 (photo: Deplaning at Orlando-Sanford airport yesterday after a 10-day trip with Family.)

Praying that he gets the courage or the resources to take action.

The guy on the left has the type of mole on his chin that exceeds all the warning signs for getting an unusually large, irregularly shaped and dark colored mole looked at.

It’s not on the bottom of his chin where it would be more hidden, but front and nearly center so that every time he sees himself it reminds him.

Praying that he has already taken action and it’s benign, and that I’m an OCD idiot.