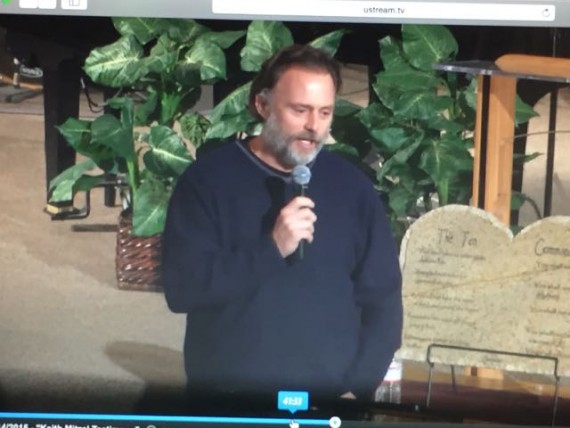 Remember those people from High School that chose a devilish path? They fell prey to a lack of purpose and without a morale compass they focused on pleasure – constantly.

Do you believe in hell?

Let’s make a living out of destroying hell.

Love the hell out of someone. That was the gist of yesterday’s conversation with Keith (above) in Hawaii. Was best man at his wedding, a week after we graduated High School. His bride was pregnant. He learned decades later it wasn’t his child.

He’s a preacher now. A wretch who was saved. Now he’s paying it forward. In three days, he will reach the one year anniversary of the day he and his son Sam (27, and not the child from his first wife) were driving home and were struck head on by a drunk driver.

Keith was flown to ICU with multiple life-threatening injuries including 11 of 12 ribs broken.

Tragically, there was no saving Sam.

This is the tip of the iceberg for Keith.